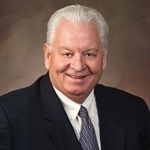 Prior to joining Commonwealth Financial Network® in 1997, Roger was a Financial Representative of the Northwestern Mutual Financial Network (NMFN), and an investment advisor with Hall Real Estate Group, Planned Investments, Robert W. Baird and NMIS. During his 33-year career with NMFN, Roger served as Special Agent, Financial Representative, and District Agent of the Northwestern Mutual Life Orem Utah Agency and was recognized for his work and contribution to NMFN.

Roger's career in life insurance and investments services with NMFN gave him exceptional experience in the areas of wealth accumulation; asset management; estate, business, and personal planning; retirement planning; and wealth transfer. His commitment to his clients and his profession, along with his experience and reputation in the insurance and securities markets, earned him a loyal clientele among local and regional affluent individuals and businesses.

Since joining Commonwealth in 2007, Roger has been a member of Commonwealth's President's Club. He currently holds the Series 66 securities registration as an Investment Adviser Representative of Commonwealth Financial Network. Roger is a Chartered Life Underwriter (CLU®), a Chartered Financial Consultant (ChFC®), and a Certified Retirement Plan Specialist (CRPS®) Designee.

Roger is a resident of Provo, Utah. He and his late wife, Marva Merrill, have three married children and seven grandchildren. In his spare time, he enjoys hiking, biking, traveling, teaching, reading, serving in his community, and spending time with family and friends.

MARKET VOLATILITY Wall Street's recent wild ride wasn’t driven by nervous portfolio managers or any other human traders. Instead, machines are making the trading decisions. On a typical trading day, computers account for 50% to...

We’ve built a handy mobile app that allows you to easily stay in touch with us on-the-go wherever you are. Ask us questions, send and receive secure messages, request an appointment, get directions to our office, receive helpful notifications, and more.